Donation to the hospital in Bor

The company “Eko Unija SN”, which removed parts of the old smelter of the former RTB Bor, donated one hundred bedsheets to the General Hospital Bor.

“It also means the support of people outside the hospital who understand what kind of time we live in and who invest effort and show humanity towards the citizens of Bor,” said Nikola Maric, the assistant mayor in charge of health, on that occasion.

On this occasion, Maric thanked on behalf of the city all socially responsible companies that at this difficult time had a compassion for humanity and that helped the city and health institutions by donating medical equipment and hygiene products, as well as individuals and entrepreneurs who paid money into the city’s special account open to help those who need it in this situation.

From the Bor hospital they say that at this time, “every donation is important when we fight the virus together in every way.”

“This, as well as other donations, mean a lot to our hospital, especially in the conditions of the epidemic when hygiene is strengthened and thus the needs for bedding are increased,” said the director of the Bor General Hospital, Goran Joksimovic.

He noted that at this time there are many socially responsible companies and individuals and people of good will who, “each in their own way and in accordance with the possibilities show that they care about the city and health and help to overcome this situation easily. 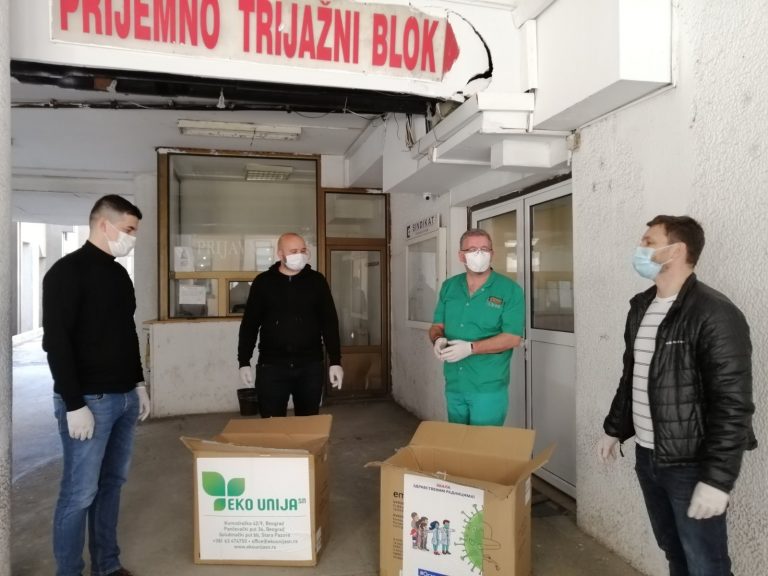 Back to all news

Eko Unija SN, as a socially responsible company, is organizing an action of distributing 300 white ash seedlings, in cooperation with the Municipality of Stara Pazova and as part of the action "Plant your shade" on Friday, December 10, 2021 at 12:00, in front of the...

Construction of the second phase of the regional landfill

Eko Unija SN has started works on the construction of the second phase of the regional landfill for non-hazardous waste "Gigoš" for the investor PWW landfill d.o.o. Jagodina. Preparatory earthworks are in progress.Ostale vesti

From the season 2021/2022 Eko Unija SN is the main sponsor of the handball club "Proleter" from Zrenjanin. On that occasion, at the press conference organized by the club on this occasion, the company's Development director, Zarko Vukomanovic, stated: "As a socially...